So apparently the word is out that drinking Tequila is in fact beneficial to your self & body !! We’ve got to first of all thank the good ol’ mice for being put to the test – their drunken debauchery has now officially solidified people’s reasoning for the motto”having a drink is  healthy”.  According to this article on Forbes.Com that gives a S/O to the obese for they should use Agavins as a new sweetener to save the day. The study done by the ACS ( American Chemical Society) states that Agavins, derived from the agave plant that’s used to make tequila, were found in mouse studies to trigger insulin production and lower blood sugar, as well as help obese mice lose weight.

Dope !! Now you can have a glass of red wine for your heart each night alongside your shot of Tequila !!

I’d personally like to give a word out about my new favorite kind of Tequila that was introduced to me after a friend took a trip to Mexico …. presenting : Herradura !! There are two types that have graced my lips …. Reposado & Anejo. 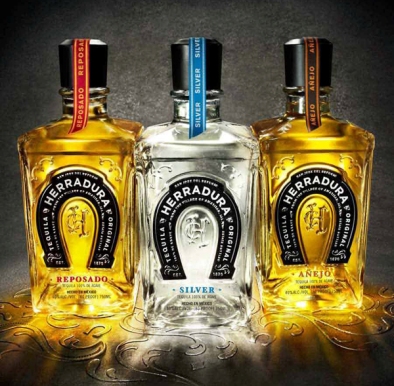 Herradura’s own Gabriela Romo de la Peña introduced the world to reposado tequila in 1974. Our reposado is “Rested” or aged for 11 months (9 more than category standards) which gives this tequila its deep copper color and exceptionally smooth taste.

Anejo has been around since 1962, Herradura has been proud to offer this delicious aged tequila. Barrelling for two years in oak (twice as long as suggested by the category standards) gives it both a deep amber color and complex taste of cooked agave and dried fruit.

Now that Tequila is getting a new image – why not try out a new type !? I thought it would be hard to find, not many places in Michigan have it. But last night when I was on Main Street in Downtown Ann Arbor – I found Herradura Tequila on the top shelf, unopened at Vellum. So if you happen to be in the area let’s raise our glasses to health !! CHEERS to the weekend !